Three years ago, I came to you.  Hesitant, desperate, I wagered on the words of a dear friend.  Lying in bed, alone and crying, I called out, only Your name on my lips.

I had nothing to bring but tears and broken dreams.  You took my hands, kissed the tears from my cheeks, and wrapped me in Your embrace, the embrace of joy.

You have given me so much, Lord.  I cannot begin to express my joy, my admiration, my wild love for my wild god.

Tonight, I consecrated and blessed a statue of Dionysos I procured this weekend, thanks in part to a close friend of mine (who I call my soul-sister, because really, we were sisters at some point in one of our lives).  The ritual itself was a hodgepodge of ADF style ritual, with Greek influences: Calling Hestia before the Earth Mother, using an omphalos instead of a world tree, and a few other odds and ends.  For the first time, I actually created and used chernips--a small vial of water, into which I dropped a burning incense match, and then washed myself with it.  It was powerful, and something I think I'll do more often.

The working to bless the statue, was, honestly, something I kind of came up with on the spot.  After having stated my intentions and made offerings, I took an omen.  The omen was as follows:

Those omens received, I opened a new bottle of local Ohio wine, poured a libation to the Lord of the Vine, and poured a small cup for myself.  After sharing the wine with him, I took the statue, and anointed it with both the chernips and the wine, blessing it as a home for Him, a place of His worship and His rest.  I dedicated this shrine to him, with its own offering bowl, and His flame (a candle I have had for quite some time, before I was able to get a direct representation of Him).  I asked Him to remind me of His love and His joy each time I gaze upon the statue, and welcomed Him to His permanent place in my home.  Given the aforementioned omens, I think he was pleased.

Cue the reversal of the ritual (thanking everyone, closing the gates, thanking Gaia, thanking Hestia), I poured the offerings I gave upon the stone that's set in the ground outside my apartment (since I couldn't actually DO the ritual outside, they went into a cup and got poured out after the fact).

Let me know what you think! 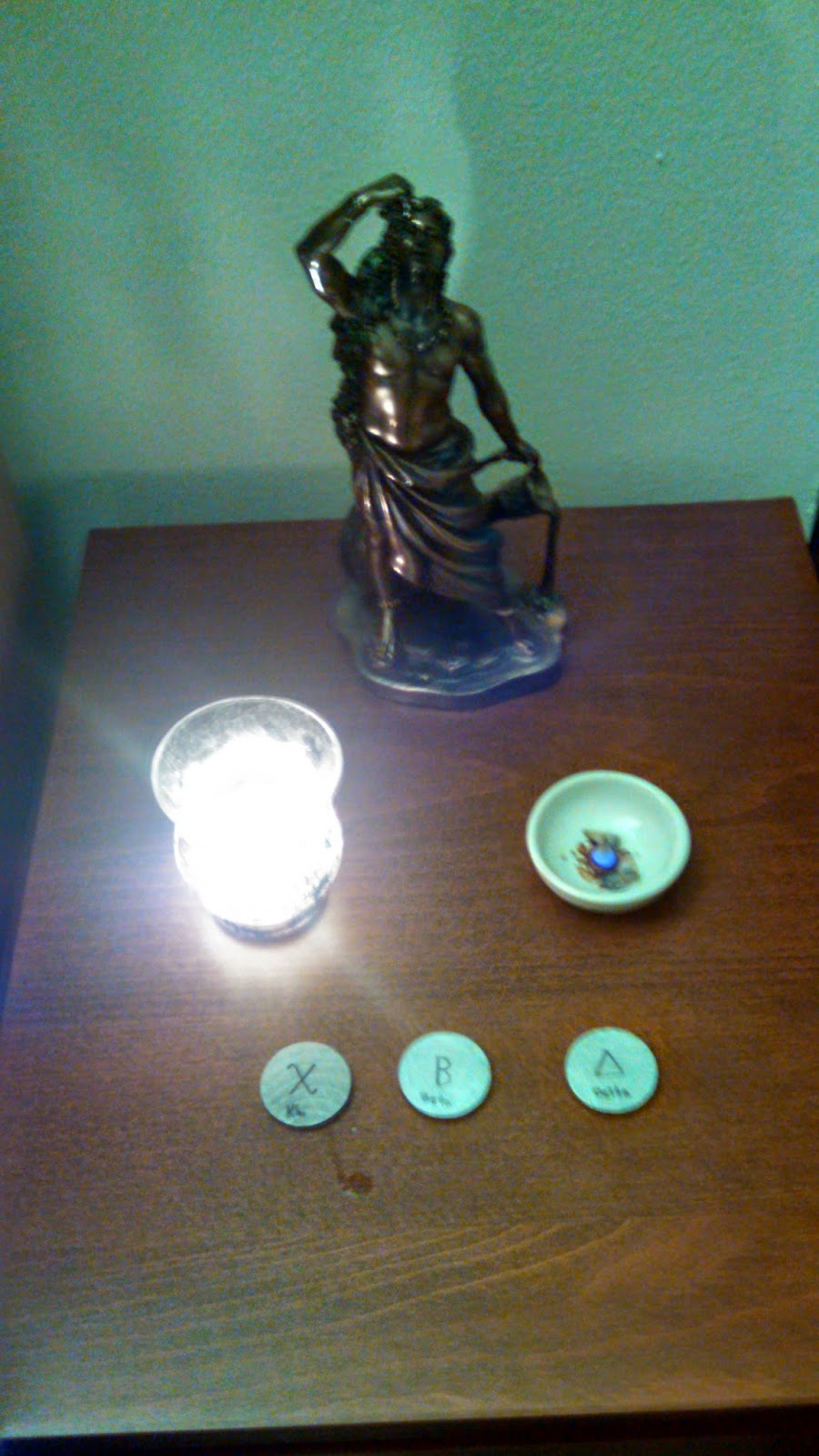 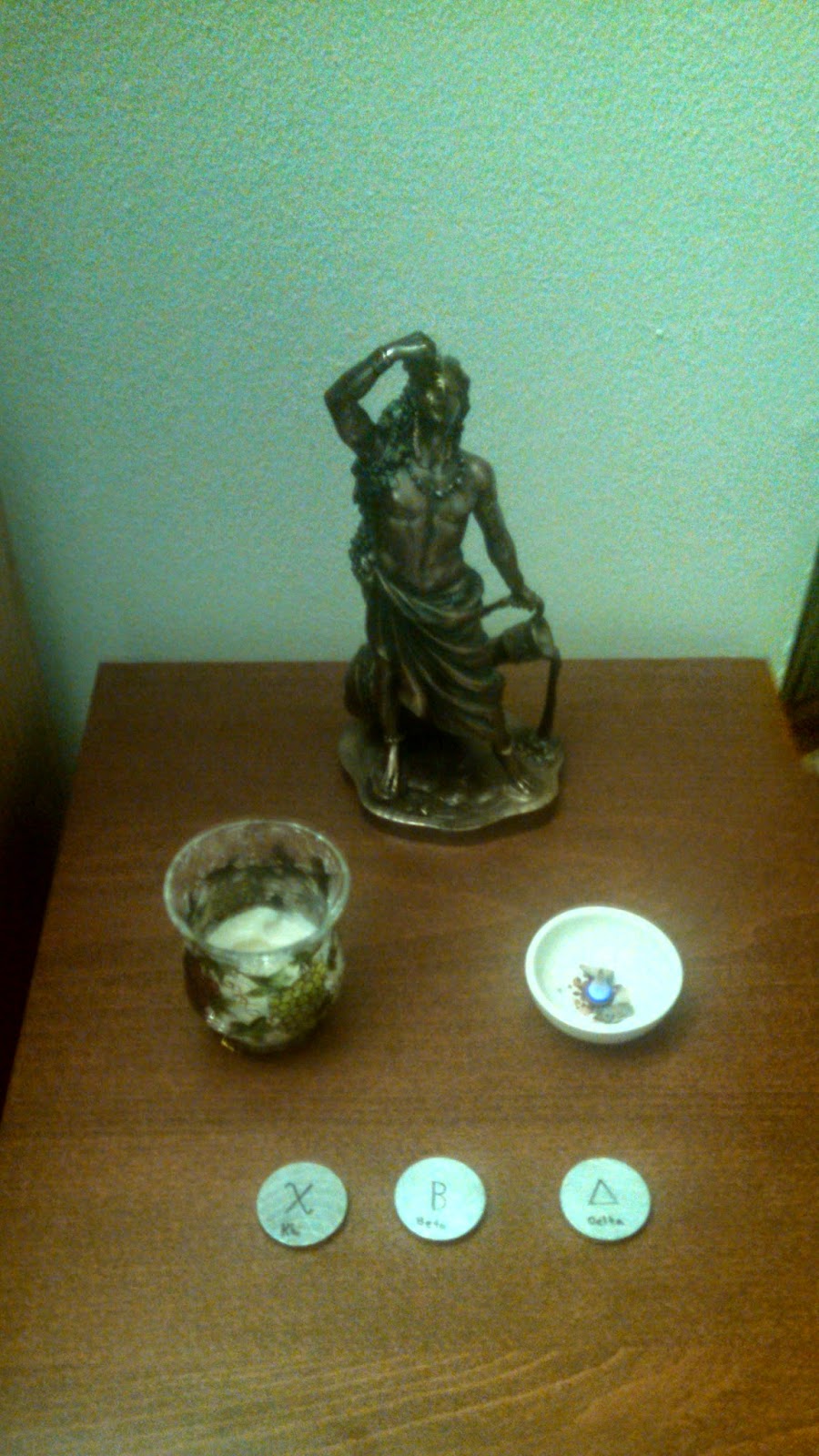 Posted by Joyous Madness at 8:03 PM No comments: